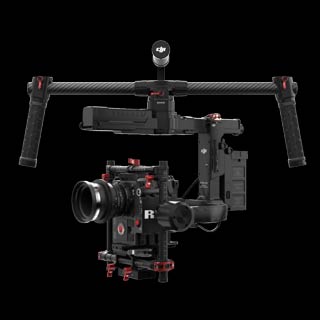 Cinematic film making demands rapid setup and a host of camera configurations. The Ronin-MX has been designed to carry many of the cameras used every day on sets worldwide, and SmoothTrack™ algorithms ensure movements are smooth in every configuration. A repositioned battery improves balance while stability is enhanced by a camera cage that locks mounted cameras in place at the top and at the bottom. Silent motors prevent on set mics picking up motor noise.
Designed to resist high G-forces using powerful motors and IMUs, the Ronin-MX is engineered to maintain stability and hold horizon when mounted to an aircraft or a vehicle. When mounted to the M600 aerial system, it communicates directly with DJI’s flight controller and when attached to vehicles, it connects to an optional GPS module allowing it to stabilize actively for a smoother shot.
A slip ring allows the Ronin-MX to rotate 360° continuously when mounted to aircraft or vehicles, opening up more creative options. This is further enhanced by an increase in tilt axis range from 90° straight down and beyond to 135°. Popular features of the Ronin series such as the three modes of operation and SmoothTrack™ are also present, giving film makers a range of creative angles and movements. 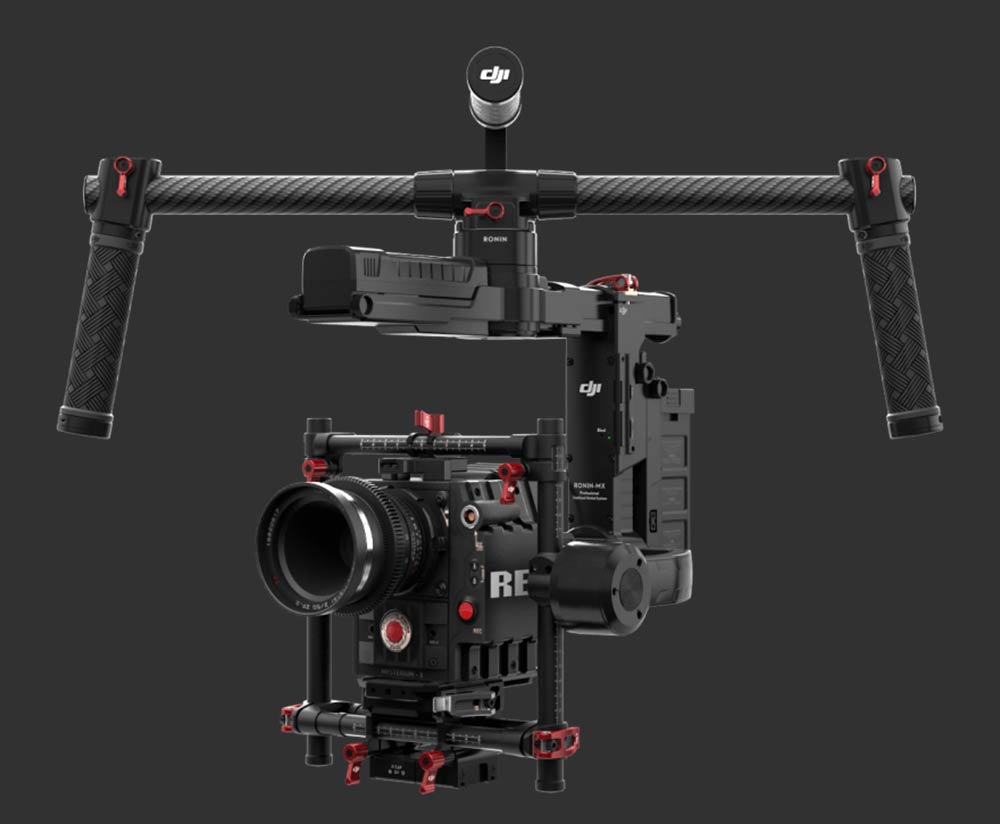 Built extensively of lightweight magnesium, the Ronin-MX weighs just 6.11lb (2.77kg). This lightness allows it to be mounted to the M600 even when equipped with cameras as advanced as the RED EPIC, and to vehicles with a minimum impact on vehicle handling.

A combination of stronger motors and ESCs makes the Ronin-MX 50% more powerful than the Ronin-M. This additional stiffness and power allows the system to better withstand wind resistance when mounted to moving vehicles and aircraft, as well as more rapid movements.

Cameras such as the RED EPIC need an external battery for power. A dedicated position designed for an optional battery plate provides an easy, cable free mounting point for a 2nd DJI Intelligent Battery. This provides two 12V P-tap power sources for powering cameras and accessories.

A dedicated power distribution box keeps wiring to a minimum while providing power to essential accessories. Two regulated 12V P-taps, one 500mAh full-size USB connector, and a DJI Lightbridge connector enable connectivity and power to everything a film maker needs.